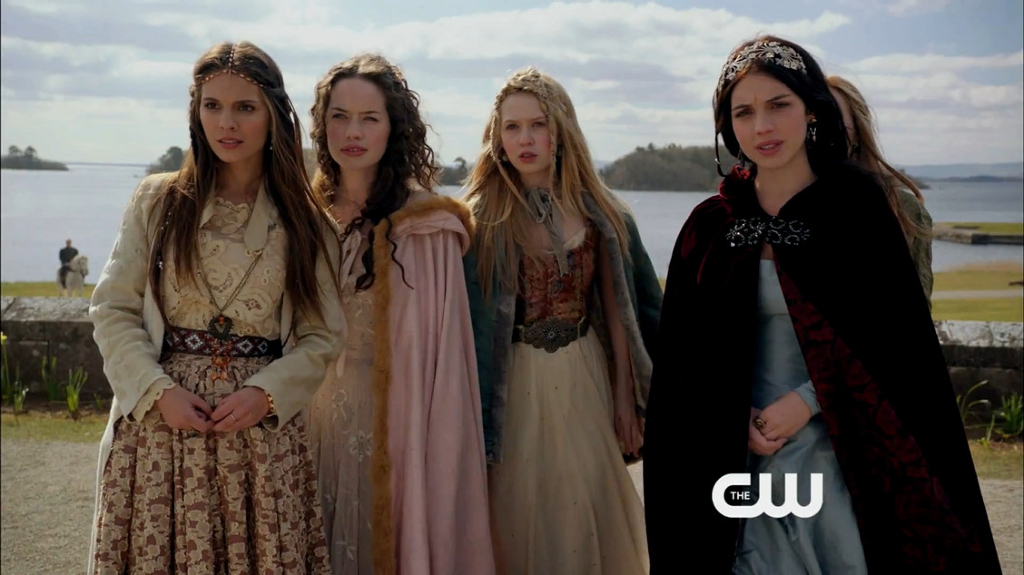 The CW’s Reign premiered this past week to mixed reviews. Some are up in arms at the extreme liberties taken with history, while others are looking past it to revel in the salacious appeal of the teenage soap opera genre for which the network is best known. The costumes of the series are raising a lot of eyebrows, and even more questions.

The series is based (albeit very loosely) on the story of Mary Queen of Scots in the 16th Century. Here history is distorted through a Gossip Girl lens (read teen angst, conniving, back-stabbing, and runway-inspired style).  Purists be warned, if you are looking for museum quality replicas, or even Showtime’s Tudors-esque accuracy, best to look away.  Costume designer Meredith Markworth-Pollack is on record in multiple interviews stating that the producer’s requested contemporary style woven into the costumes, and this has been very apparent in early marketing of the series. 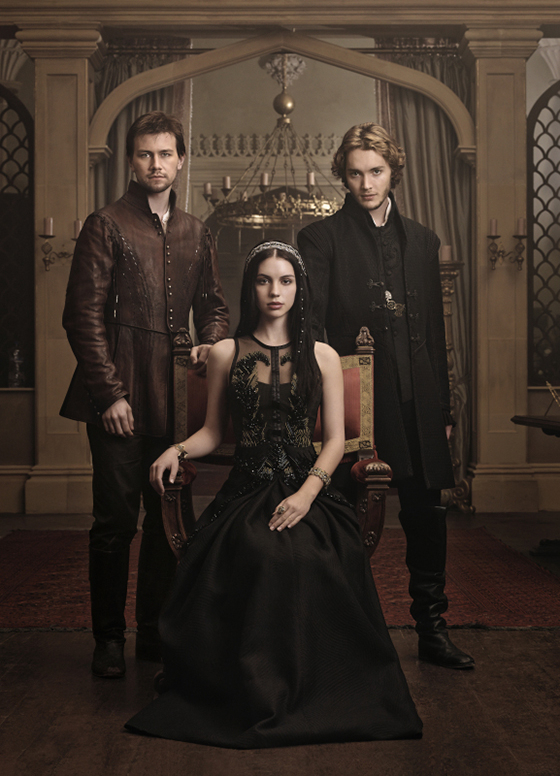 As a theatre designer, I am faced with directors on a regular basis that want a show to be “history-light” or “period-esque”. Shying away from the big historic epic has become its own trend. What I struggle to decide for myself is if these directors make their choice because they are afraid of fully committing to a historic production, or if it should be read more as a lack of faith in their cast or eventual audience. I hear terms thrown out like “relatable” and “relevant.”  Are our audiences so dumb that they can’t see the beauty in another human’s story because that person is wearing a corset or tights? (I don’t buy it.)

However, theatre is a more abstract art form, and while the historian in me often cringes at the idea of stripping away some of the critical nuances of a time period, it works somehow onstage.  The railing and complaining I have read just in the last few days on Twitter seems to suggest that film and television audiences don’t as easily accept the abstraction conventions of theatre. 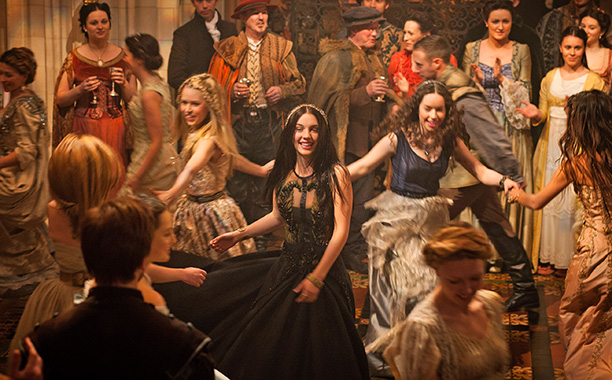 Upon viewing the first episode, it is easy to see that the designer does in fact show an understanding of the historic clothing period as she sticks more or less to the silhouette of the period for older characters and crowd scenes. There are obvious concessions made, but this probably has much to do with budget and accessibility. Where the costumes take a detour is in the young, lead characters. The updates to the main men (Sebastian and Prince Francis) include fitted pants instead of tights and the addition of some late 19th century tailoring, both of which have become fairly accepted conventions in outfitting this period. It is Mary and her four ladies in waiting’s costumes that Markworth-Pollack takes the most liberties. Simplifying their gowns and making them less cumbersome is certainly understandable, but the variety of waistlines is a bit confusing and districting. In a single scene the entire history of western clothing is seen, running the gamut from drop waist to Empire and everything in between. 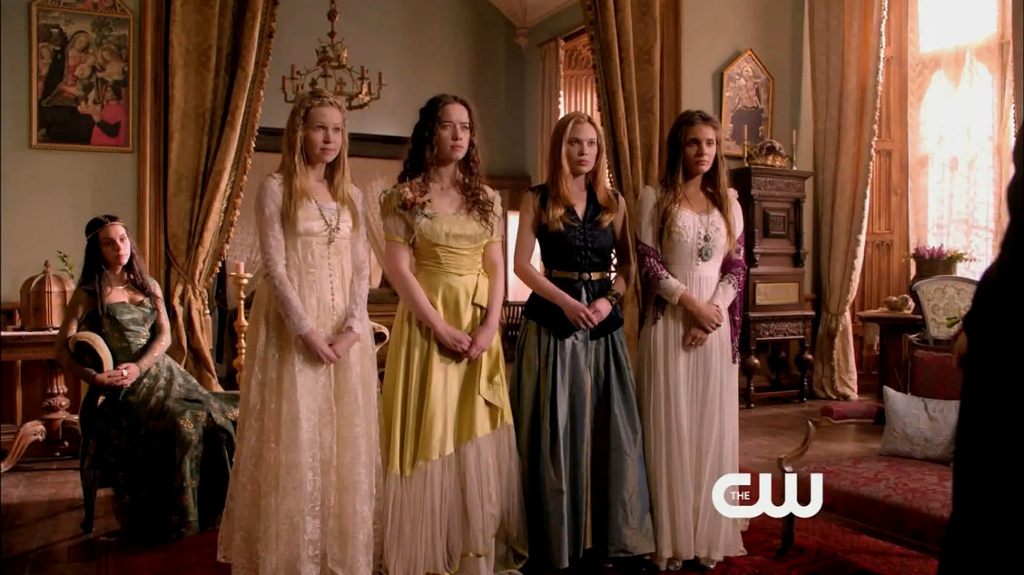 It is no secret that many films and television shows of late have received almost as much publicity from the fashion buzz surrounding the costume design as the content of the storyline. Films like Anna Karenina and Hunger Games, as well as TV shows Mad Men, Gossip Girl and Scandal have found themselves hot topics for Twitter, fashion blogs, and entire magazine spreads based purely on the basis of clothing. This adds an interesting dimension to the creation of a historic drama in an era where the success of a show is so heavily tied to initial online chatter.

What’s your guess- modernized to appeal to a young audience, or fashionized for greater marketing potential?

Either way, I am intrigued by the design, but not entirely sold on the series. Yet.