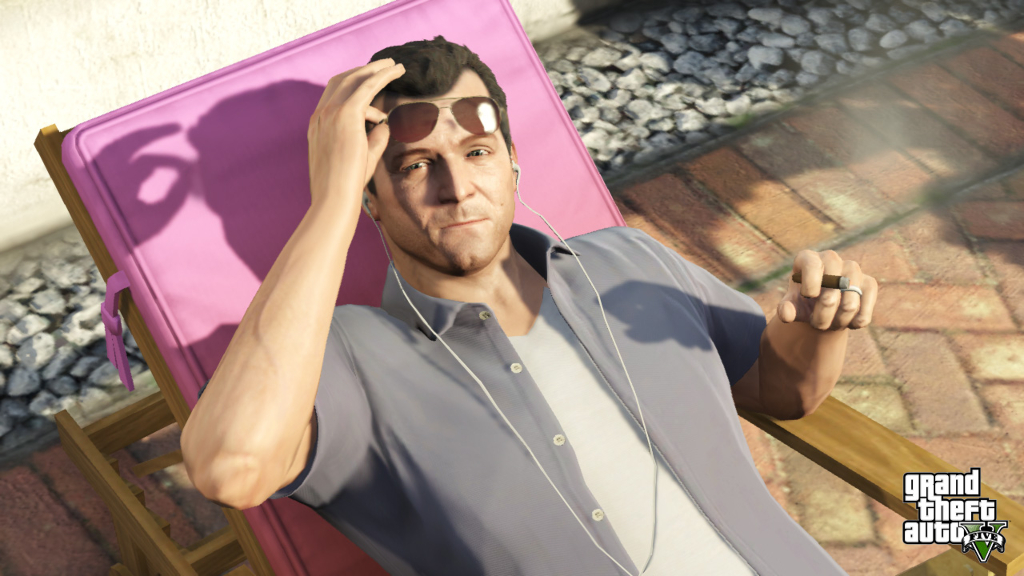 The video game industry continues to grow every year, with 2012 worldwide revenues calculated at $67 billion (with a “b”). As the industry has grown, so has the quality of storylines, user interface, and graphics. Companies are beginning to realize the untapped potential of hiring costume designers to enhance production values. Until this point, character or concept designers have designed the majority of the “costumes” you see on your favorite character.  These wonderfully creative artists are skilled at creating whole worlds, creatures, and even believable human characters. But none of that skill can compete with the complex understanding of costume history, garment construction, and clothing psychology that a trained costume designer brings to any project.

Rockstar Games, the creators of such games as Red Dead Redemption, L.A. Noire, and the Grand Theft Auto franchise recently hired Emmy-award winning television costume designer Lyn Paolo to work on their latest release, Grand Theft Auto Five. Paolo has served as costume designer for some of the most iconic television shows of the last twenty years, including Homefront, The West Wing, and E.R., and is currently the designer for Shameless and Scandal. 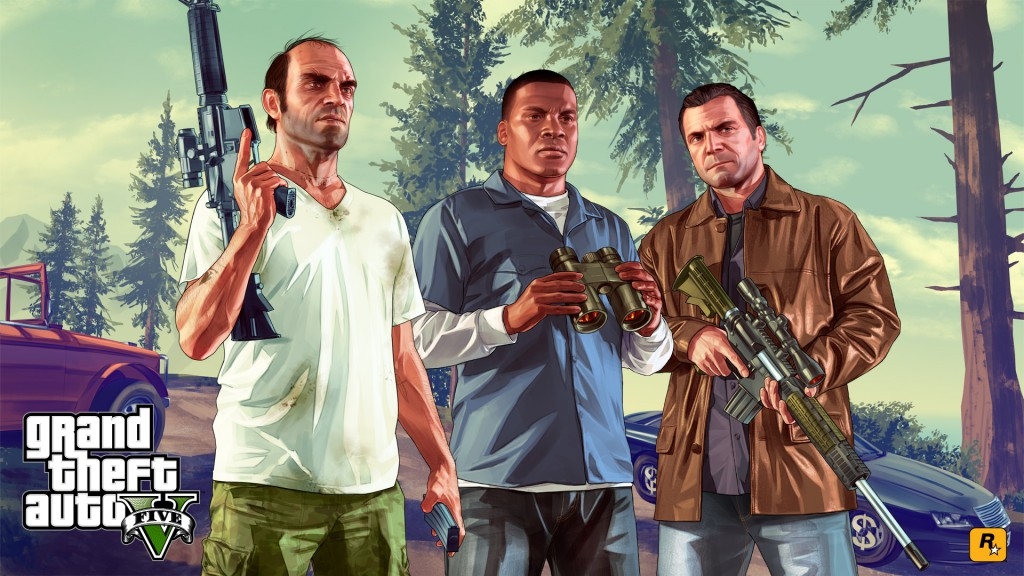 Video game design is a field shrouded in mystery. Paolo herself was not even told the name of the game she was working on until the day of its release. With over $1 billion in sales in the first three days of GTAV’s release, you can understand the need for companies like Rockstar to guard proprietary information. I recently had the chance to ask Lyn about the process of designing for this new medium.

Tyranny of Style: Thank you so much for taking the time to answer a few questions. How did you become involved with your latest project, Grand Theft Auto 5?

Lyn Paolo: I was working on Southland and Shameless both of which were shows that Michael Kane from Rockstar Games had been watching.  Michael lives in Edinburgh, Scotland and he felt that the vision for GTAV was partly displayed in the gritty nature of these two shows.

T/S: Video games do not follow a traditional script like you are used to in designing for television, what type of text or storyline information was provided for you initially?

LP: Michael and his team sent me concept boards for many of the characters. These were very detailed and diverse. Each character would have a number of different variations in their look, examples were students, hippie types, professional, etc. I was amazed at how detailed the boards were, and surprised to see images of Bill Macy from Shameless on a few of the boards and also the guys from Southland on the boards that portrayed the LAPD. However, you should be aware that because of secrecy issues you are never told the complete story. Only the boards are used to guide the looks for each character.

T/S: In designing for film and television, you take many of your cues from the actor in dressing their body type. What information was provided for you regarding the character design/body shapes, etc.?

LP: Like anything you do or any show you work on, once you have the concept you then get the sizes of each actor and go from there, I treat doing a video game in the same way we do a movie or TV show, it is not as complicated in terms of alterations because often before a character is scanned we can just pin clothes and not have to alter them in such a detailed way as I would on a show like Scandal.

LP: The difference for me was that once we have the concept boards and then discuss each character with the design team, it was an easier process on the day. Fit is not as important and we can tweak things as each person is scanned, additionally because of the nature of the process color and tone can be changed after each character is scanned. In film and TV I do not have the ability to alter color or texture. I am sure that will come with time, which would be amazing, but right now what we film is what you see on the screen. Additionally, it would be fairly scary to allow someone in post to change the quality or color of items that have been specifically chosen for a character. If someone turned a white suit on Olivia Pope to purple, I would not be entirely thrilled. So, if this technology progresses and we get to that point in film and TV I would work very hard with the Union and Producers to ensure that the Costume Designer retained some creative control over the look of the show. 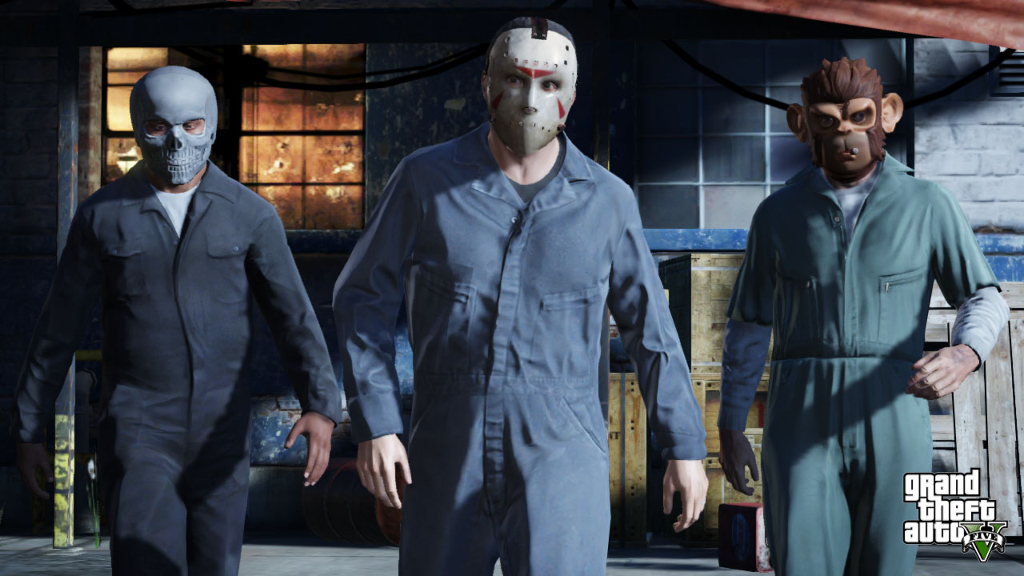 T/S: In what ways did you as the costume designer interact directly with digital technology to execute your designs and what programs/tools did you work with predominately?

LP: The team from Rockstar Games did most of the digital work. After they handed me the boards, I then went to work finding an array of clothing that defined each character. I sketched my idea of what each of these characters should wear. Then the Rockstar team created the scans of each individual and with each character we did several 3D scans of each person in the game, changing clothing accessories, shirts, shoes, glasses, hats and on and on. We also created a database of many accessories so that Rockstar would have a lot of images to pull and add to each character as the game progressed through production. This was something that Rockstar did well after our initial scans.

T/S: So, am I correct in understanding that you physically dressed actors/models that were then 3D scanned directly for the game?  Was this done for just some or all characters and costume pieces?

LP: Yes, we scanned the real people in real time and in 3D into the computers and those images were then altered, adjusted, etc. for the game so one person could become several people. We also scanned masses of accessories that could then be added to a particular character – hats, purses, glasses, etc.

T/S: What are some of the characters/costumes with which you are most pleased with the finished product?

LP: I am just pleased with the overall look. I think the detail in this game is so much more organic and realistic than in previous games. It is also highly amusing that my daughter Gemma is one of the characters in the game. I loved this process and I am fascinated by the technology and I would love to take a sneak peek behind the scenes of the next game that is in the early stages of production. Honesty the technology is so impressive.

T/S: How do you see the role of costume designer for video games expanding as games become increasingly more complex?

LP: I hope that other video design teams understand and come to appreciate how important it is to put the actual clothing onto each character. The movement and texture of clothing really adds to the realism of the game. Often I look at games and everything seems so flat. The Rockstar team does an amazing job and took the time to fly to Los Angeles so I could help them to create a truly interesting and realistic costume experience within the game. 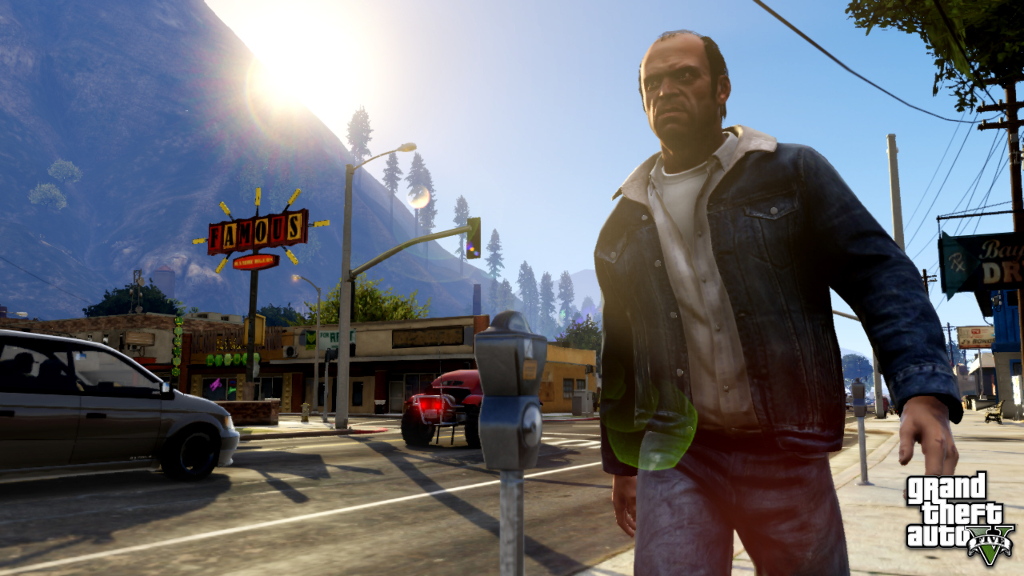 Catch Lyn Paolo’s work weekly, as she sets some of the hottest new trends of the season on Scandal on ABC. Thursday at 10/9c. Follow Lyn on Twitter @LynPaolo.